Naledi is the 2017 iteration of the solar car that will be competing in the Bridgestone World Solar Challenge starting in early October in Australia. The gruelling journey starts in Darwin and follows the Stuart Highway to Port Augusta followed by Highway 1 to Adelaide about 3000kms away.

Naledi, meaning ‘star’, boasts a brand new design with the body based on the JS3 Jonker Sailplane that also has its roots at the Faculty of Engineering, giving Naledi sublime aerodynamic attributes. 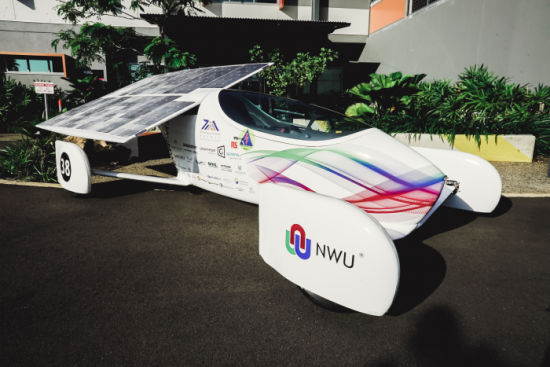 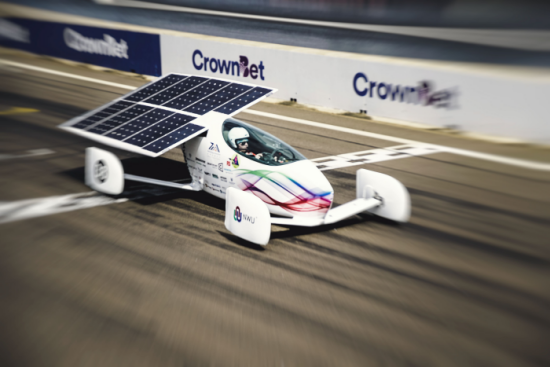 “We chose the name ‘Naledi’ because we feel that like a star we rise above our competition,” said Professor Albert Helberg, team captain.

In previous competitions, teams were allowed the use of a total of 6 m² of solar panels, but that number has been reduced to 4 m². To compensate for this reduction of a third of the possible power that can be generated, the team from the NWU will be using solar tracking technology, meaning that the panels will be able to rotate as the car drives. This allows for the panels to be kept at an optimal angle to the sun at all times. The body shape with the use of solar tracking makes Naledi one of the most unique vehicles in the competition.

“Most of the other cars use a catamaran-style design, but we are thinking completely out of the box, using a design not seen since the 1980s with modern material and aerodynamic knowledge that we believe can vastly improve upon previous performances,” said Helberg.

“On a technical level the competition will be a lot harder with a third less energy at our disposal, but I am convinced we will be one of the top teams and I am more than confident that we will finish the race.”

According to CP Kloppers, one of the project engineers, the team is adamant their design will pay dividends.

“There are two approaches to building a solar car whilst adapting to the new rules,” explained CP Kloppers, one of the project engineers. “You can either go for the approach of building a car that generates as much energy as possible, but drives a bit harder, or a smaller car that is easier to drive with a focus on minimising energy expenditure. With our unique solar tracking approach, we went with the former.”

Challenges during the race

The new technical constraints will not be the team’s only test they will face.

“The heat is going to be our biggest challenge. It is going to tire us out and it is going to reduce the efficiency of our solar panels out. You also need to be wary of trucks carrying large freights on the road. Another obstacle will be the places where there is severe wind, but we have a very stable design and I am positive that we will be able to navigate that challenge as well.”

The team targets a constant speed of between of 70 to 80km/h by generating 8kWh throughout the day.

Helberg concluded by saying: “A car like this does not appear overnight. It takes a dedicated team and staff members as well as ample support from our various sponsors and the community. I want to thank each and every one for their contributions.”

NWU Solar Car team invites you to partake in our journey.

Pieter Gouws, a 4th-year mechanical engineering student explains the process and obstacles in manufacturing moulds for the new solar car.

The process of manufacturing carbon fiber rims can be tricky, Lorraine Laubscher a mechanical engineering student explains the obstacles.

Invitation to all 3D-printing enthusiasts who want to be part of the construction of the NWU Solar car.

Bea Steyn talks about the process of designing and manufacturing the driver's seat.

During the July NWU Engineering week, we asked a couple of learners about their impressions of the solar car.

Project management is essential in the manufacturing of a solar car. Christo, Andre and Jay-Jay explain how they manage it.

Darwin to Adelaide (3000kms) in 8 days and on solar power only!  Follow the team and Naledi (the NWU's Solar Car) through the Australian outback as they take part in the Bridgestone World Solar Challenge, one of the foremost innovation challenges on the planet.  #BWSC17, #NWUNaledi, #NWUSolarCar 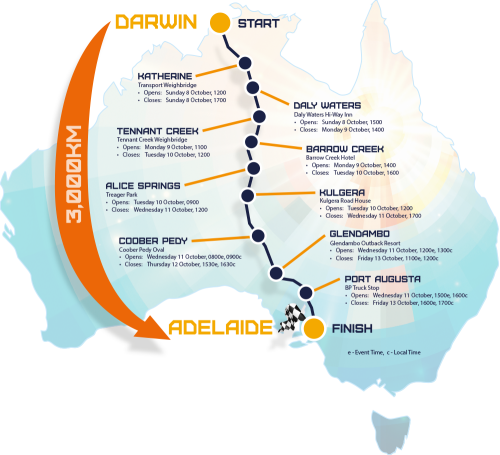